Eberhard & Co. celebrates 20 years of Rallylegend creating a limited edition of one of the most representative models, the Nuvolari Legend
Eberhard & Co. celebrates 20 years of Rallylegend, of which 10 is Partner and Official Timekeeper, creating a limited edition of one of the most representative models of him, linked to the world of speed,  the Nuvolari Legend
“A legendary model for a legendary race. -says Mario Peserico, General Manager of the Swiss Maison. – Since the 1930s, Eberhard & Co. has been connected to the world of motor racing. Today we create and dedicate watches to historical brands, such as Alfa Romeo and to unforgettable champions, such as Tazio Nuvolari, so it was natural for us to create a limited edition for the 20 years of the Rallylegend, one of the historic rally events to which we are most linked. “
The Nuvolari Legend Special Edition 20 ° Rallylegend is a self-winding mechanical chronograph. The dial is customized with the short version RL20 logo, while on the bottom, we find, 20 ° RALLYLEGEND, in its extended version.
The case is in steel and frames the black dial, with luminescent Arabic numerals, chrono minute counter at 12 o’clock, chronograph hour counter at 6 o’clock. The transparent sapphire crystal back, decorated with a “damier” motif, inspired by the start flag, allows you to admire the movement, embellished by the historic stylized Alfa Romeo Tipo 12 / C, the same with which the great driver won many victories.
The “vintage” look of this watch, of which 20 were produced, is enhanced by the antiqued leather strap, enriched for the occasion with yellow stitching, Nuvolari’s lucky color.

Swiss watchmaking house with over 130 years of history, founded in 1887 in La Chaux-de-Fonds, Eberhard & Co. represents excellence and innovation, of which the company has made its trademark, without renouncing the deep bond with the origins and tradition.
Eberhard & Co. produces about 16,000 pieces a year with weighted but constant growth objectives and is present in about 25 countries, from Europe to the United States, from the Far East to the Middle East.
The history of Eberhard & Co. is marked by unforgettable creations, such as the Chrono 4, the 8 JOURS, the Tazio Nuvolari collection, the Extra-fort, the Gilda women’s collection, up to the re-editions of famous models from the 1950s and ’60, Scafograf and Contograf.
There have been numerous achievements of the brand: starting from the creation of its first wrist chronograph in 1919, up to the revolutionary Chrono 4, the first chronograph with four aligned counters, an exclusive Eberhard & Co. patent.
In June 2019 the Maison inaugurated the Museum Eberhard & Co. in La Chaux-de-Fonds, inside the Maison de L’Aigle, the historic building built by the founder Georges-Lucien Eberhard at the beginning of the 20th century
Discover Nuvolari Legend Special Edition 20° Rallylegend model

ENTRIES OPENING FOR RALLYLEGEND 2022, THE 20TH EDITION, ON WEDNESDAY 27 JULY. THE REPUBLIC OF 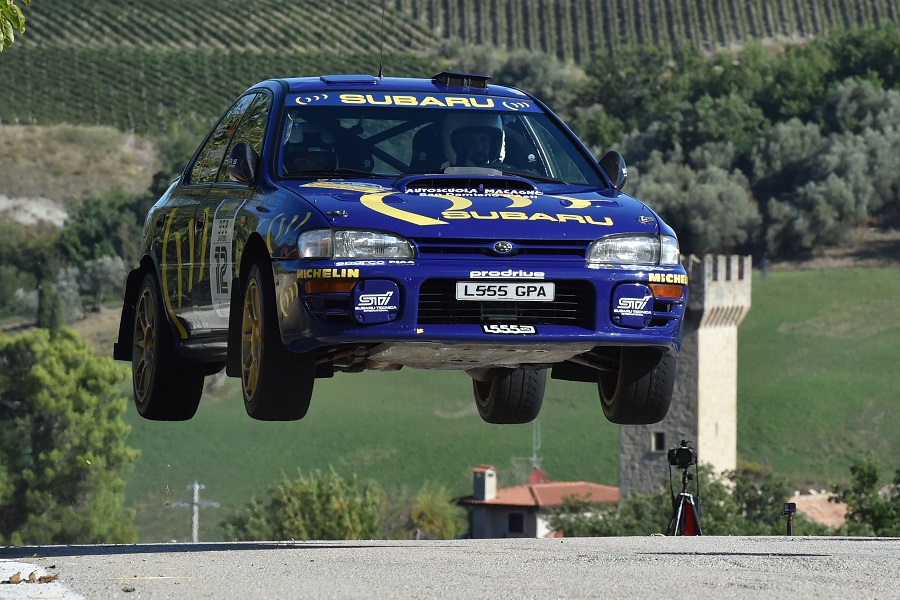 Hollie McRae Godmother of the Event

HOLLIE McRAE, DAUGHTER OF THE UNFORGETTABLE COLIN, WILL BE THE EVENT’S PATRONESS AND, TOGETHER WITH

RALLYLEGEND CELEBRATES ITS 20TH ANNIVERSARY: TWO DECADES OF RALLYING, EXCITEMENT, PASSION AND PERFORMANCE, IN A